Something stinks in Corktown

One of the simple pleasures of summer living is patio dining. Sitting outside, sipping a coffee or quaffing a relaxing beverage, watching people, enjoying the outdoors; it’s the best of summer in the city. So I’m happy to see both the province and the city move toward expanding access to outdoor space to facilitate the reopening of restaurants, cafés, and pubs by closing streets and creating patio space. Not only does it help the businesses, it’s one step closer toward creating a more pedestrian environment. This initiative has been successfully spearheaded by Coun. Jason Farr, who spoke so passionately about the plight of restaurant owners and the benefits of outdoor dining, so we’ll soon see how this pans out.

Keeping this in mind, the following story seems a bit odd to me, in fact, it sort of stinks.

A few months ago, I received an email from Jim Perdikoulias, the owner of The Corktown pub, asking me if I could bring attention to a problem he’s having getting city permission to open a patio at the pub. It’s too long a story for 700 words, so I’ll try to be brief. There were two applications for a patio. The first was met with an OMB challenge from a couple of residents under an old bylaw, which Mr. Perdikoulias lost. However, the bylaw has since changed and under the new bylaw, Mr. Perdikoulias has jumped through all the hoops and gained all the necessary permissions to open a patio, with one exception, the councillor for Ward 2, Jason Farr. He has vetoed the idea. The issue is threatening to divide the community and Coun. Farr has gone AWOL.

This isn’t about whether The Corktown should have a patio. It’s about the processes at city hall and the responsibility of councillors to represent all their constituents fairly, not just the ones that donate to their campaigns, vote for them, or put a sign on their lawn at election time.

As part of the application, Mr. Perdikoulias had to apply for a variance. Out of the over 600 variances applied for in Ward 2 since 2014, this is the only one that Coun. Farr has denied. That raises too many questions. Especially when Mr. Perdikoulias tells me that he has not received any support from Coun. Farr in coming to some kind of compromise with the aggrieved households; no responses to emails, no response to invitations to meet with the community supporters. The community would like to hold a town hall type meeting with Coun. Farr, but he’s blown them off.

I emailed Coun. Farr on four separate occasions to find out more information, like how many households get to say, and how many of those have to be against and asked him if he could share their objections with Mr. Perdikoulias, as he has been kept in the dark and unable to connect with Coun. Farr himself. He responded only to my second email and did not provide any information or answer my questions. It makes me wonder …. I wonder what kind of algorithm he used to back up denying this one variance from the hundreds that have passed before. I wonder what the criteria is to have your voice heard. In fact, I don’t like where my wondering goes when the process and decision-making is so clouded and closed to transparency.

When I asked Mr. Perdikoulias if he had any recourse at city hall to appeal, he said that another councillor told him the appeal committee is rigged with an informal quid pro quo, “I’ll approve your project so you won’t oppose my project” ethos. It seems as long as Coun. Farr opposes the patio, it will never get a chance.

And that’s all Mr. Perdikoulias is looking for, a chance. A chance to come to some compromise with the dissenting residents whether it’s over seating time or noise levels. He wants a chance to compete with the other restaurants in the city, a chance to provide his customers with the outdoor drinking and dining experience that they want. And he wants fair treatment at city hall. He pays considerable property taxes to the city and sales taxes to the province and he employs staff and provides a venue for local artists. With the sale of This Ain’t Hollywood, these venues are slowly disappearing.

According to a restaurateur I know, having a patio can make or break the summer season. One wonders if the intention is to put The Corktown out of business and why. I’m left wondering just what’s going on here because it sure stinks.

Margaret Shkimba is a writer who lives in Hamilton. She can be reached at menrvasofia@gmail.com or you can “friend” her on Facebook and follow her on Twitter (@menrvasofia).

I was asked by the writer of the story if you could send in your letters of support to Howard Elliott. 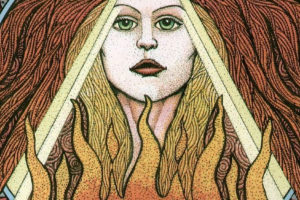 Events in the New Year!!

There are some exciting virtual events happening in the New[...] 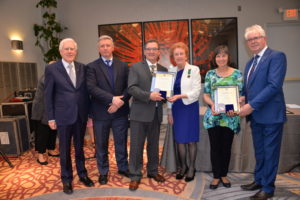 Awards to two of our Outstanding Members

Two of our long time members, Anita Ormond-Gough and Terry[...] 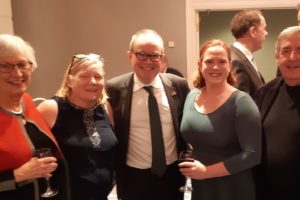 Sheila Corr, Chair of HIA and Denis Corr, Secretary of[...]