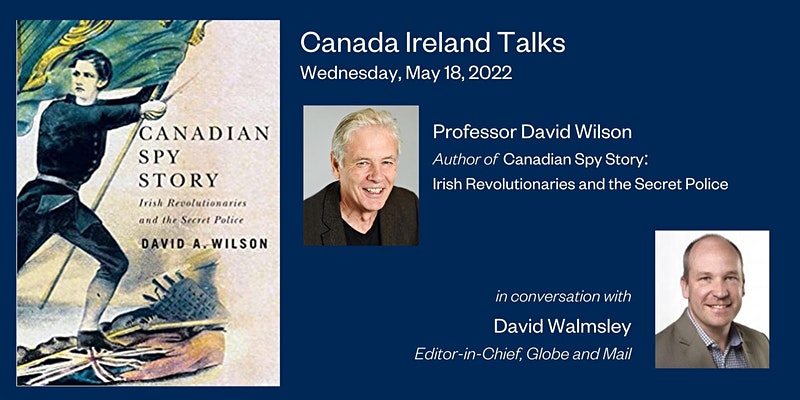 Register for this free event

David Walmsley (Editor-in-Chief of the Globe and Mail) joins David Wilson (Professor in the Celtic Studies Program and History Department at the University of Toronto) to discuss the latter’s new book, Canadian Spy Story: Irish Revolutionaries and the Secret Police.

Canadian Spy Story takes us into a dark and dangerous world of betrayal and deception, spies and informers, invasion and assassination. Wilson tells the tale of Irishmen who attempted to liberate their country from British rule, and the Canadian secret police who infiltrated their revolutionary cells and worked their way to the top of the organization. With surprises at every turn, the story includes a sex scandal that nearly brought Canadian spy operations crashing down, as well as reports from Toronto about a plot to assassinate Queen Victoria.

Canadian Spy Story raises fundamental questions about state security and civil liberty, with important lessons for our own time.

Presented in partnership with the Celtic Studies Program at St. Michael’s College in the University of Toronto.