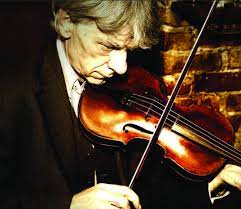 Maurice Lennon is a name recognized by many people in the now vast world that is Irish Music. Maurice began playing traditional music at the age of thirteen. At the age of nineteen, he became the youngest person to win the Senior Fiddle Championship at the All-Ireland Fleadh Cheoil. The 1980’s were to prove an exciting time for Maurice, he was a founding member of ‘Stockton’s Wing’,  a band that went on to attain almost super-group status. The man with music in his veins, Maurice Lennon’s meticulous scholarship and creative energy are what define all of what he has done and will continue to do and he has never been a musician to shy away from any challenge. He has also been concentrating on his first real love of composing music and writing lyrics. Artists who have recorded Maurice’s music include Lunasa, Four Men and a Dog, Capercaille, Sythian, The Kilfenora Ceili Band, Blazin Fiddles, Noel Hill, Brian Rooney, Karen Tweed, The Pride of New York, Liam O’Brien, Jerry O’Sullivan, Cathy Vard and Liam Lawton, The London Lassies, Ashley McIsachs, Michael Mc Goldrick, John Mc Cusker, John Mc Sherry, Ciara Brennan and Chris Dawson.

To register, send your name and branch name to murphyroche@gmail.com. Closer to the event you will receive Zoom sign-on instructions. The workshop takes place June 13 at 11:30 a.m. Chicago time/12:30 p.m. East Coast time.  Here is a video clip of his music: https://youtu.be/LvdqTMdaquc