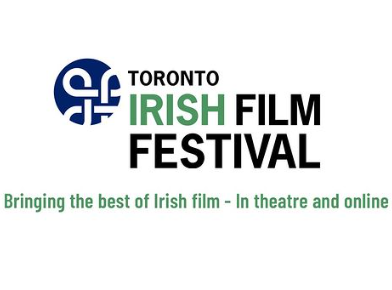 We are back for our 12th annual festival and this year it’s available both in person and online!

The full festival program of three features, three documentaries and three short film programs will be available online so you can watch at home – anywhere in Canada – March 25th to April 3rd.

Tickets and the All Access Pass on sale March 16th

Tickets for each of the in person cinema screenings on March the 25th are $10 and available through the TIFF Bell Lightbox/Ticketmaster site https://am.ticketmaster.com/tiff3/buy

A Full Access Digital Pass allows you to enjoy all the films of the festival – at home online – for just $20. Or its only $10 dollars if you buy a ticket to one of the in person cinema screenings ($20 in total). All Access passes are also available through the TIFF Bell Lightbox/Ticketmaster site https://am.ticketmaster.com/tiff3/buy

and finally you can also rent an individual movies to enjoy at home through the Digital TIFF Bell Lightbox site here https://digital.tiff.net/ . You will find us under the MORE section

Click the film titles in the menu above for more information.

Doineann – When Tomás returns to his remote island holiday home he discovers his reclusive wife and child have vanished. With nowhere to turn and a storm approaching, he is forced to place his trust in the small community’s lone retired police officer, Labhaoise, to investigate. As the search takes an unexpected turn, some uncomfortable truths are revealed. Meanwhile the storm looms ever closer.

Deadly Cuts – The hilariously dark comedy Deadly Cuts follows the stylists of a working class Dublin hair salon who become accidental vigilantes as they take on a local gang threatening their community.

Breaking Out – Fergus O’Farrell was the charismatic voice of Interference, one of the most influential bands on the Irish music scene in the ’80s and ’90s.  Although diagnosed with muscular dystrophy at a young age, Fergus did not define himself by his condition nor allow it to limit his musical pursuits.

The Edge of Chaos – Carrie Keenan has a plan; the threat of exposing her Father Derek’s corrupt business dealings should force him to sign the successful family business over to her. Derek is no stranger to dirty politics and double dealing. Little does she realize that he has constructed a calculated intervention for Carrie. When he brings the whole family together for the first time in years unhealed wounds and unresolved trauma is exposed. All families have their secrets, but the Keenan family’s are as deep and dark as they come.

Keep it a Secret – In the early 1970s, the world-class waves of Ireland were uncharted waters for the international surfing community. Amidst the conflict of the Troubles, pioneers in both Dublin and Belfast transcended political hostilities to host the 1972 Eurosurf championship. This look into the unsung history of Ireland’s now world-renowned surf scene details the power of sport to bridge any divide.

The Irish Wedding – Celebrating the joys of an Irish Wedding in all its pleasant predictability – the requisite chats about the weather, the losing of the rings, the ditching of the heels, the intergenerational whirl around the conveys the momentousness of the day from the pre-wedding nerves, to the tenderness of the first kiss, from the affectionate humour of the speeches to the melancholy moments as absent friends are remembered. The Irish Wedding presents a pleasingly diverse community of brides and grooms in this warm-hearted and thoroughly entertaining survey of Irish nuptial activity.

Short Film Program 1 – The touching mixes with the thought provoking and a few laughs … with a dash of glam rock! – the best of Irish fiction shorts showcasing the work of some of Ireland’s most exciting up and coming directors.

Short Film Program 2 – A program of short films that explore the dark side of life – post-apocalyptic, gothic, vampiric and, at times, darkly comedic.

Short Film Program 3 – A program of documentary short films that look at Irish lives and stories – artists and artisans,  escaping and the importance of home…and that time Real Madrid rolled into Limerick!